Response. Respect. Results.
Contact Us Now For a Free Evaluation 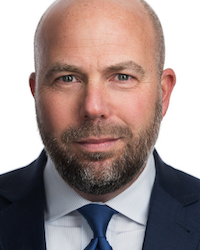 David Reservitz was born and raised in Brockton and has lived and worked in Massachusetts his whole life. He attended Northeastern University and the University of Massachusetts School of Law where he was awarded the prestigious Keating Scholarship. After working as a prosecutor and a criminal defense attorney, he began focusing on personal injury law in the 1990’s. Over the last 25 years, he has obtained millions of dollars for his clients and achieved numerous awards.

Attorney Reservitz was elected President of the Pilgrim Bar Advocates in 1998 fighting to protect the rights of low-income people. In 2008, he was elected President of the Plymouth County Bar Association and served as one of the longest standing Presidents. He also served on the governing Board of the Brockton Boys and Girl’s Club which welcomes 300 children per day, providing tutoring, wellness programs and healthy meals.

Attorney Reservitz is recognized in the Massachusetts courts due to his frequent appearances. In 2009, Attorney Reservitz was appointed to the Massachusetts Bar Association Joint Bar Committee (JBC) which helps select state Judges. He held that position until 2012 when he was appointed by Governor Deval Patrick to the State Judicial Nominating Committee (JNC).

Known for his friendly and approachable personality, Attorney Reservitz delivers top results to his clients. The main feature that sets him apart from the competition is his trial record. Many attorneys who advertise ironically do not have actual trial results in the local courts. The insurance companies track this information and know that Dave Reservitz has repeatedly forced them to trial in the eastern Massachusetts courts and won. As a result, they place a higher value on his claims to avoid litigation. This results in a higher prompt settlement.

Our Law Practice has a strong focus on Personal Injury. We have a team of experienced Lawyers and Paralegals who each play a specific role in the process.

We have 3 locations. Our main office is in Brockton on the Easton line. This office is accessible to the city of Brockton but is also very convenient to Easton, Stoughton, Sharon, the Bridgewater towns and other surrounding communities. We are located 0.3 miles from Route 24, exit 17A next door to Starbucks with ample parking and handicap accessibility.

We also have office space in downtown Boston at 1 Center Plaza Suite 400 across from the Superior Court and at 200 Highland Avenue Suite 306 in Needham right off Route 128 exit 19 very convenient to the Boston area suburbs.

If you are unable to come to us, we will come to you.

Contact Us
Practice Areas
Client Reviews
★★★★★
"I would recommend Reservitz Law to anyone in a situation like mine. Words can’t explain my appreciation for helping me through the most difficult time in my life." Kerri
★★★★★
"I had the opportunity to work with David Reservitz, was incredible. His personal attention to my case, along with his professionalism is second to none.
Thank you David and everyone in the law firm, you did an amazing job for me. I will always recommend!” Karen Straw
★★★★★
"Dave and his staff are extremely professional and empathetic, helping me during a very stressful time in my life. I highly recommend them." George, Brookline
★★★★★
"Thanks to Attorney David Reservitz he turned a tragedy into a triumph. I would highly recommend David Reservitz to represent anyone with any legal issues. I am proud that he is my attorney." Charlean, Brockton
★★★★★
"The best thing we ever did was pick up the phone and ask you to represent us. You immediately put us at ease and got us what we deserved." Will H.
View More
Submit a Law Firm Client Review